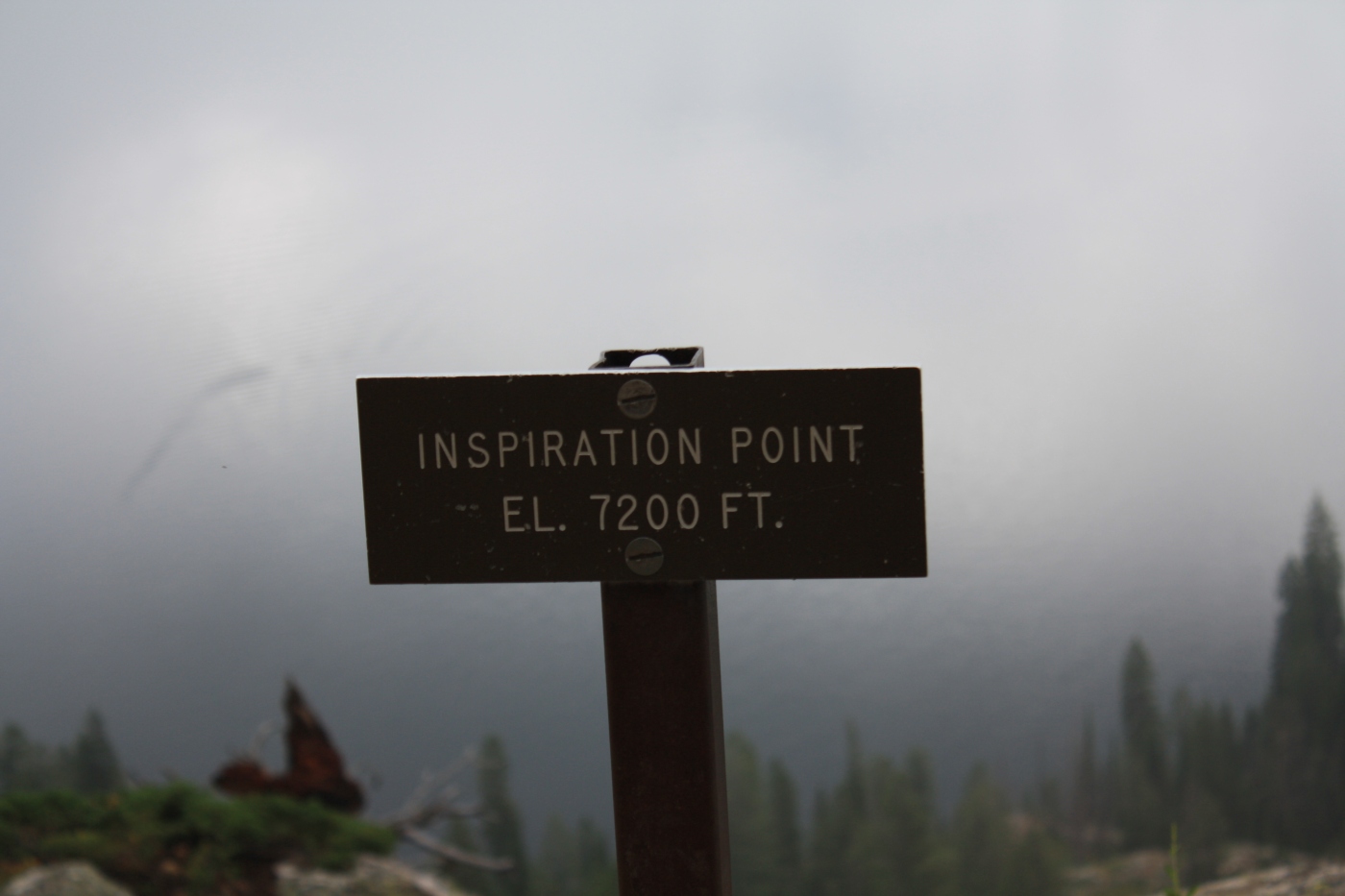 If I Could Live in a Different Town Each Season…

I don’t know why, but I have given this idea a lot of thought. I recently fell in love with Lake Placid again after not being there in ten years or so. I thought it would be great to live there, at least when it’s warm out, but its winter is pretty close to what I’m used to in the Buffalo area. I suppose that’s what made me start thinking about this again. I thought it would be great to live in a different town each season of the year.

First off, I should probably say that I could never afford this. Secondly, it would certainly be difficult to have a career and raise a family in this situation. However, it might not be as outlandish after retirement (the money part still would be). Still, it would probably be tough and frustrating at times to own and live in four separate homes (in different regions of the country). Thankfully, this is purely a fun hypothetical idea.

And just for fun I’ll pick out a couple of National Parks to visit each season, too.

So, I’ll start with Lake Placid, New York since I was just there and recently wrote about my brief visit. Lake Placid is a good example of my favorite kind of town. I love little mountain towns. It’s kind of funny I guess, I like ski resort towns, but I don’t know how to ski. I like those little tourist hub mountain hamlets that have a lot of shops, restaurants, galleries, etc. Mountains and forests in the near vicinity of the towns are a big plus for me. Recreational opportunities like hiking and camping are essential. Lakes, rivers, and creeks certainly help, too. I’d like to be able to kayak close to home. So, if you add all that together you can see why I am a big fan of Lake Placid. It also seems to be filled with friendly, welcoming people.

For me, Lake Placid would be best in the summer due to its comfortable climate. However, for my purposes I have decided to make Lake Placid my spring house. That’s because I have another awesome mountain town that I want to enjoy in the summer. Jackson, Wyoming is just five miles from Grand Teton National Park. Yellowstone is just north of Grand Teton so, Jackson wins the “location, location, location” award for me. Jackson is similar to Lake Placid, but it’s probably more like Lake Placid on steroids. There are more people (not always a good thing) both that live in the town and far more tourists come to visit the nearby National Parks and ski areas. There are great ski resorts near Lake Placid, yet they are probably better by Jackson. The shops, restaurants, hotels, and boutiques are likely more posh and expensive. And as great as the natural landscape is around Lake Placid, I much prefer that of Jackson and the Teton mountains that can be seen from town. Jackson also has that western cowboy feel to it. I’m no cowboy, but I approve. The town also reminds me a bit of Banff in the Canadian Rockies, which is probably even more expensive, so I decided to stick with Jackson. I also figured it would be easier to stick to the U.S. 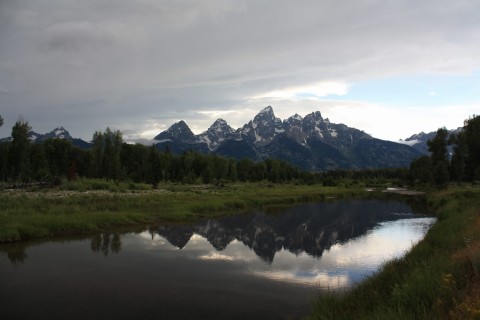 For the fall I thought I’d head back east to Bar Harbor, Maine. Bar Harbor is yet another small town with a scenic backdrop. In case you haven’t noticed yet, I prefer small towns to big busy cities. Bar Harbor is a quaint and cozy Oceanside town. It has a population of barely 5,000 but sees a couple million tourists annually. It is located on Mount Desert Island next to Acadia National Park. There are plenty of restaurants, bed and breakfasts, and shops throughout town. It is right on Frenchman Bay on the Atlantic Coast. Based on its location, it should be no surprise that seafood is abundant in Bar Harbor. My problem is that shrimp is the only seafood I enjoy. I tried a lobster roll when I was in Bar Harbor, thinking that if I’d like it anywhere that would be the place, but I had no such luck. Regardless, Bar Harbor seems like it would be a great place to spend a few months per year. It might get a little cold at the end of autumn, but I’m sure it would be a nice place to view some fall foliage. 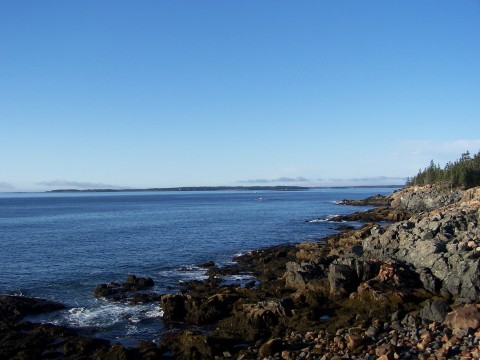 The fourth and final town I have selected is Sedona, Arizona. I actually listed Sedona on my list of Ten Places You Should Visit Before You Die, so it should come as no surprise that I put it on this list, too. I think Sedona would be a great place to spend my winters. Temperatures would get cool at night, so you could argue that spring and fall would be better, but my spring and fall choices would be too cold in the winter for my liking. Sedona would take me back out west, but this time to the southwest. The place is in the heart of red rock country, with plenty of stunning rock formations visible from within the small resort town. Sedona is rich in culture; with plenty of galleries and boutiques spread throughout town. There are also a lot of recreational opportunities in the area, especially for hikers and bikers. 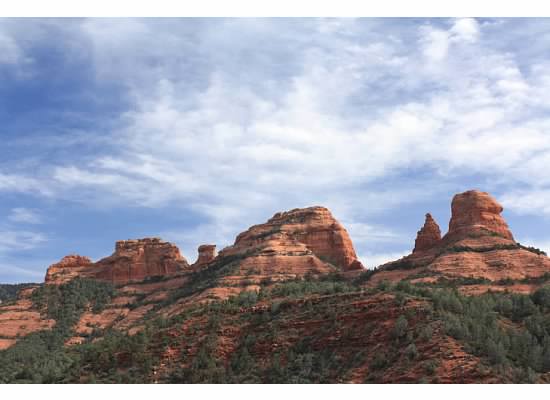 So, there you have it. If I could choose a town for each season those would be choices. However, there are a lot of awesome places I’ve been to and many more that I haven’t yet, so my list will surely change over time.

Now, for a National Park spin on my hypothetical. If I could choose one or two parks to visit each season, these would be them:

I would definitely go with Yosemite National Park in the spring. The scenery is stunning year-round, but the park’s many magnificent waterfalls will flow with considerably more volume during the spring. That alone is reason enough to visit then. Summer is certainly a nice time to visit, but the crowds are insane. Between the waterfalls, mighty sequoias, granite behemoths, and high sierra, the park is a can’t-miss and springtime is the best time to visit. 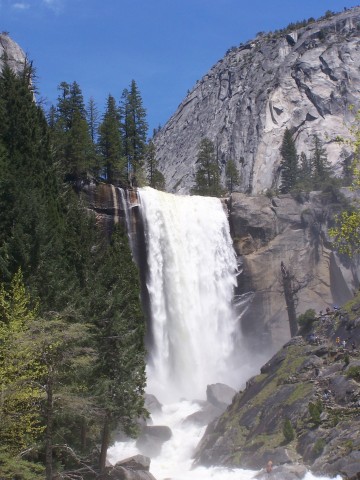 Summer is a little bit of a harder decision, because there are so many parks that are great to visit in the summer because they are too cold or are covered by snow until then. My first choice would be Glacier National Park in northwest Montana. I love a lot of National Parks (which you certainly know by now if you occasionally read my blog) but Glacier is my favorite. I would have to visit in the summer since Going-to-the-Sun Road normally doesn’t open until late June or early July. It can see as much as 80 feet of snow at Logan Pass, so I can understand why it takes so long to plow the road. The Many Glacier and Two Medicine areas of the park are incredibly scenic and not nearly as busy as Going-to-the-Sun Road, but I would also need some time at Logan Pass and I’d definitely want to hike at least a couple of the trails that begin from that road. The hiking in Glacier National Park is unsurpassed in my opinion. I could probably say the same for the wildlife viewing, although Yellowstone is a worthy competitor. In Glacier I’ve seen grizzlies, moose, marmots, deer, mountain goats, rams, big horned sheep, and more. 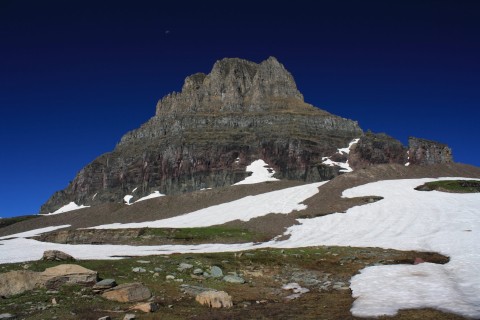 My second choice for the summer would be Olympic National Park in northwest Washington. The weather would be most favorable in the summer. Olympic is one of my favorite parks due to its incredible diversity. It contains mountains, rainforests, and a virtually untouched coastline. 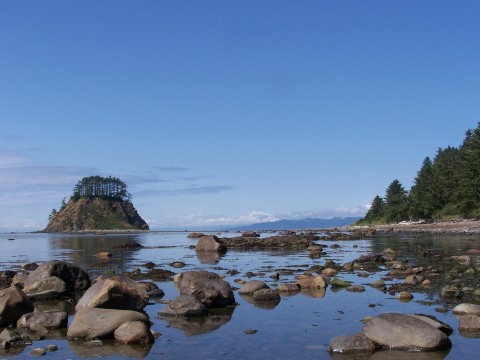 For fall I’m going to allow myself two neighboring National Parks. Yellowstone and Grand Teton are too phenomenal parks in northwest Wyoming. They are connected by the 27-mile long John D. Rockefeller Jr. Memorial Parkway. In fact, the price of admission covers both parks, so I think it’s fair to count them both for the fall season. I think it would be good to visit in fall because it would be after the summer crowds have tapered off. It should also be better for wildlife viewing and there sure is a lot of that in both parks. The weather would be mild and favorable in early fall, but get cold as the season went on. There are tons of hiking trails to take advantage of in both parks. I would be sure to tackle the higher elevation hikes early in the fall as snow could arrive at any time. 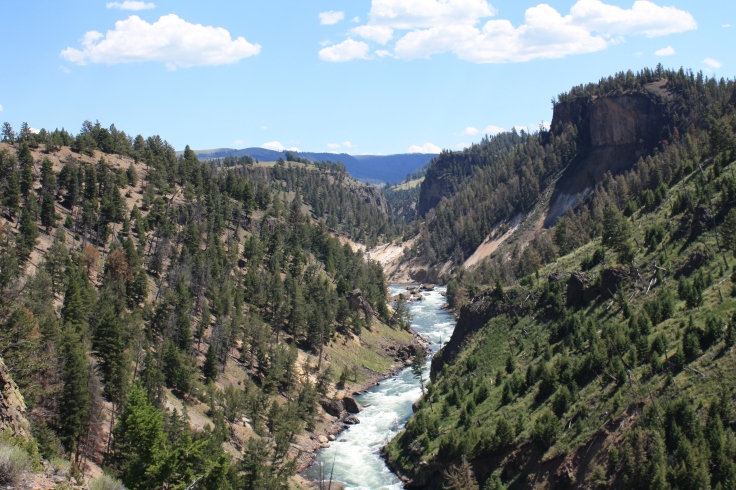 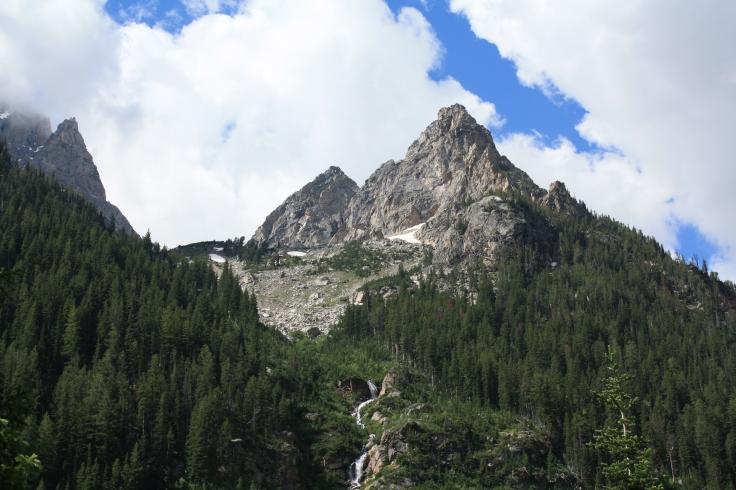 And lastly, we have winter. I would choose Zion National Park in southwest Utah for the winter months. The temperature is warm during the day and cold at night, but I can certainly handle that, being from Buffalo. There is a lot to do in Zion and the surrounding red rock country as well. There are a few National Parks that are within a couple hours’ drive (as well as Las Vegas). 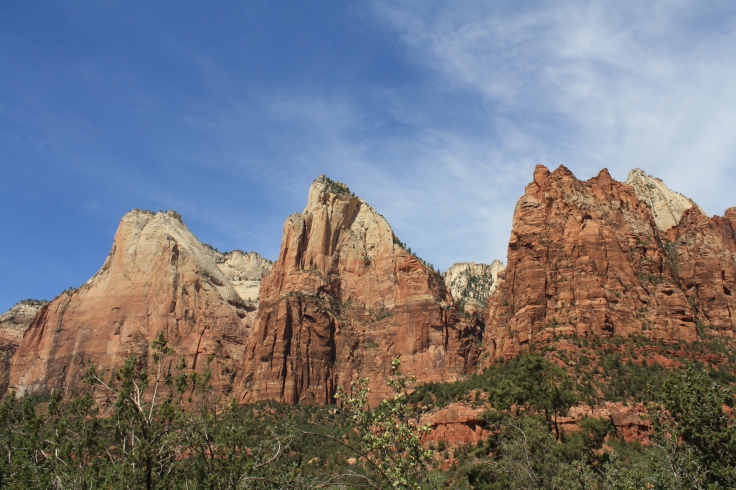